Veterans: Devoted to the cause

It seems unusual that a young Iranian Jew from a wealthy background should devote a major part of his time, energy and resources to helping sick... 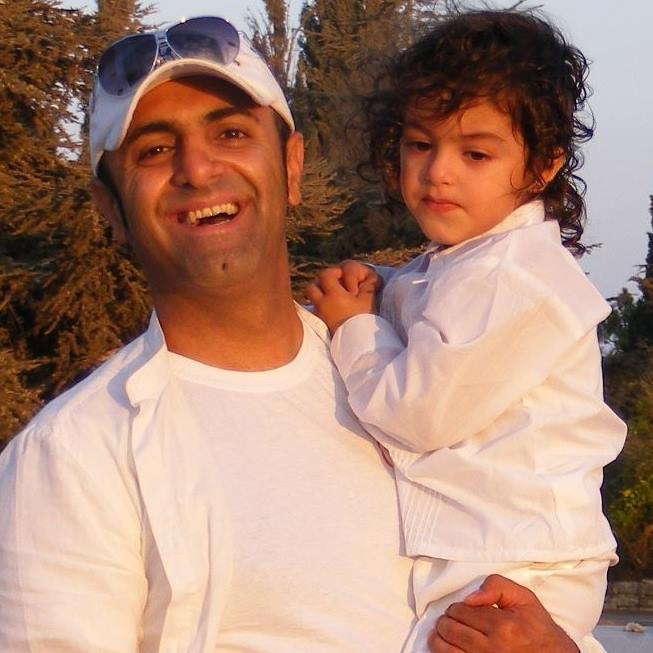 It seems unusual that a young Iranian Jew from a wealthy background should devote a major part of his time, energy and resources to helping sick children from poor homes. Yet this is the case with Albert Shaltiel of Modi’in.

His involvement with this sector of the population came about after he and his wife, Yael, had tried for many years to have a child and spent four years undergoing fertility treatments without success. When the couple began considering adoption, they visited a children’s home in Haifa that cared for handicapped children.This opened the Shaltiels’ eyes, and they were moved to raise money from friends and family to help the neediest children. Referrals from social workers and children’s hospitals also directed them to single-parent families who were raising sick and special-needs children in dire poverty. The couple helped provide the families with essentials that the state or health funds did not cover.

Their kindness had an unexpected reward a few years later, when Yael found that she was pregnant. The couple traces a clear connection between the launch of their charitable activity and the arrival of their son Ilai in 2005. After his birth, they set up the Ilai Fund, a registered nonprofit organization that works with sick children, as an expression of gratitude.

“We did it from the positive side,” Shaltiel says, “thankful that our prayers had been answered.”

BEFORE HE came to Israel, he and his family lived comfortably under the shah in Tehran.

“I was born in one of the many Jewish neighborhoods in Tehran,” he says. “My elementary school was Otsar Hatorah, a very strong Jewish school. Every day we were going home about 5 or 6 p.m. after a long day of studying and hard work. I’m so thankful to them and for all they did for us.”

However, the Iranian Revolution in 1978, when he was nine, charged the atmosphere with a barrage of propaganda, arrests and fear. Tanks, burning tires and turmoil took over the streets. After the Shah’s exodus in January 1979, the Islamist regime of Ayatollah Ruhollah Khomeini took over. People were whipped in the streets if their dress or hairstyle lacked modesty. Jews could no longer visit Israel, Zionism became a dirty word, and the US was the archenemy. When Iraqi leader Saddam Hussein invaded Iran the following year, a bitter eight-year conflict ensued, with massive loss of young life.

After Shaltiel’s Alliance high school lost its Jewish character and he was forced into paramilitary exercises, he decided to escape. The only route open to the 16-year-old was a perilous one through Afghanistan and Pakistan via Zahedan in southeastern Iran. After his plane landed in the border town, things went badly wrong. He was soon arrested by the security forces, bound, blindfolded and brutally tortured. However, he refused to reveal the contact who had arranged his escape, because it was his best friend’s father. After a six-week ordeal, salvation came unexpectedly.

He was thrown into a new jail cell with 20 bearded, galabiya-clad Baluchi tribesmen, who were surprisingly friendly to the lone Jew. Three weeks later, after a respite of peaceful sleep, he awoke to gunshots and the sound of a truck crashing through the prison walls. Fellow tribesmen had arrived to rescue the Baluchi, and luckily he was included. He returned to a safe house in Tehran and set out again a few days later, successfully this time.

The clandestine journey involved two months of arduous travel at night to escape detection. They were smuggled from village to village, crossing mountains and deserts by truck, by camel, sometimes on foot or on motorcycles, spending the cold nights in flight and the hot days hiding in caves or tunnels.

The truck had ample cause to evade police and bribe armed bandits, as it carried a cargo of cash, weapons and opium. Finally Shaltiel arrived in Vienna in 1987 to await his visa, joining his brother in the US the following year. In Los Angeles, he became interested in Kabbala, “looking for answers and the truth.”

He arrived in Israel on January 1, 2000. He met and married Yael shortly afterwards.

THESE DAYS, he views himself as a father figure to a wide range of deprived children – some multiply handicapped, others victims of cancer, serious diseases, terror or accidents.

He pays home visits to assess their needs, befriends them and their families, empathizes with their suffering and delights in their achievements.

“Today, after seven years and hundreds of different hard cases, I never get used to this,” he remarks. “Every child is a new experience and a new pain, and I still cry for some of them.”

The foundation has helped care for Jewish, Druse, Christian and Muslim children alike so they can develop to their full potential.

“A child is a child. It doesn’t matter what kind of background he is coming from,” Shaltiel says.

In the future, he would like to extend his activities beyond Israel’s borders if circumstances permit.